The secluded yet charming village of Luni (near Jodhpur)reflects the royal past of Rajasthan. It is a hub of activities with its many artisans fashioning metal, clay or wood into intricate forms and demonstrating the skills passed down over the centuries by their ancestors.

The Vishnoi (Bishnois) are a community of nature worshippers in the state of Rajasthan.The sect was founded by Guru Jambheshwar (b. 1451) after a drought in marwar region of India. He had laid down 29 principles to be followed by the sect. Bish means 20 and noi means 9. Thus, Bishnoi translates as Twenty-niners. Further the Guru tild to worship lord Vishnu (Bishnu). Thus the sect called vishnoi or Bishnoi. Killing animals and felling trees were banned. One of his 29 principles says "JEEV DAYA PALNI, RUNKH LILA NAHI GHAVE" means protect trees and animals. That's why the trees and animals are considered to be sacred by the Bishnois.The Woman on the photo is 84 years old 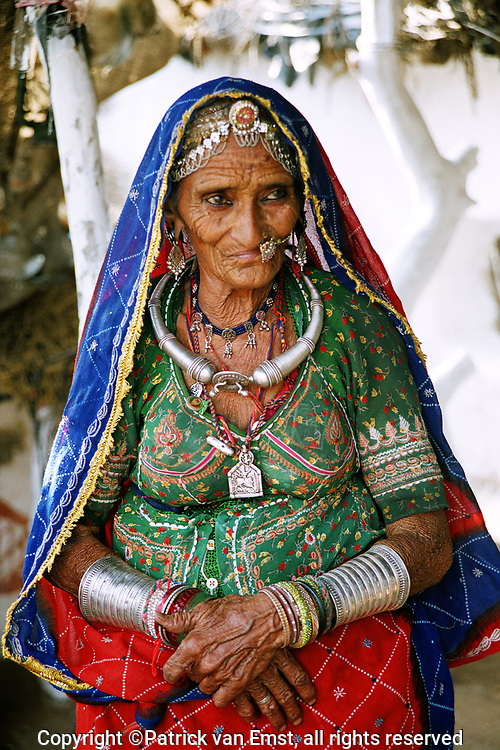