On the photo: Bikaner is a city in the northwest of the state of Rajasthan in western India. The city is the administrative headquarters of Bikaner District. It was formerly the capital of the princely state of Bikaner. The city was founded by Rao Bika in 1486 and from its small origins it has developed into the fourth largest city in Rajasthan .

On the photo: A vieuw from Junagarh Fort,an impressive fort in the city of Bikaner,Rajasthan. It was built in 1588 AD by Raja Rai Singhji, the sixth ruler of Bikaner, who ruled form 1571 to 1611 AD 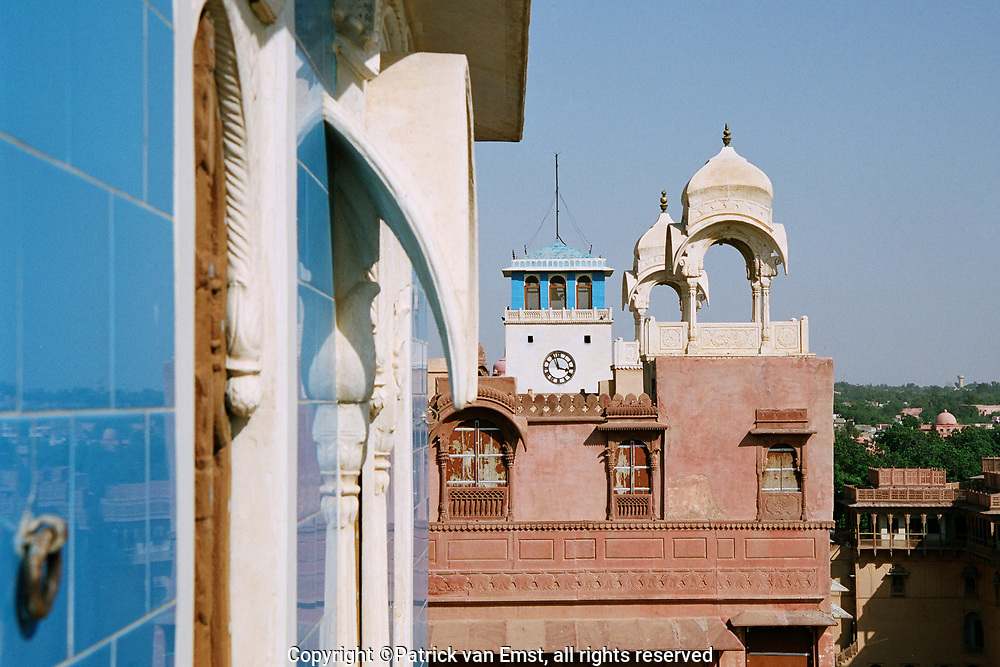