On the photo: Jaipur also popularly known as the Pink City is the capital of Jaipur District (population reached approximately 2.7 million).Sawai Jai Singh's observatory, Jantar Mantar. The Jantar Mantar is a collection of architectural astronomical instruments, built by Maharaja Jai Singh II at his then new capital of Jaipur between 1727 and 1733. It is modelled after the one that he had built for him at the then Mughal capital of Delhi. He had constructed a total of five such labs at different locations, including the ones at Delhi and Jaipur. The Jaipur observatory is the largest of these. 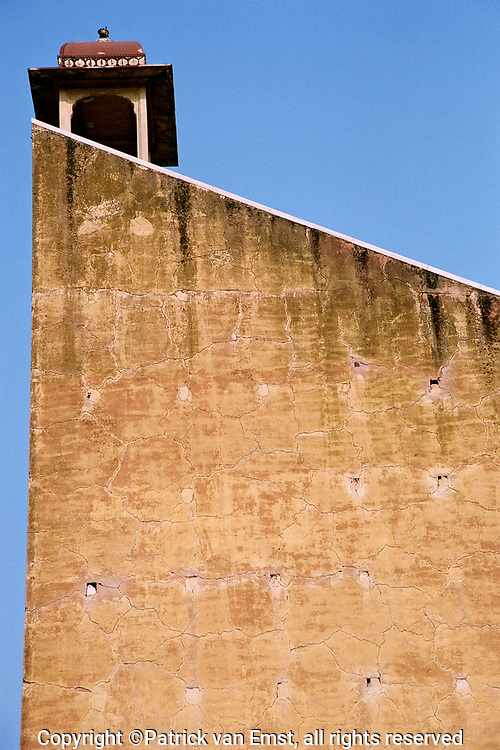