On the photo: Detail of a door in Junagarh Fort,an impressive fort in the city of Bikaner,Rajasthan. It was built in 1588 AD by Raja Rai Singhji, the sixth ruler of Bikaner, who ruled form 1571 to 1611 AD 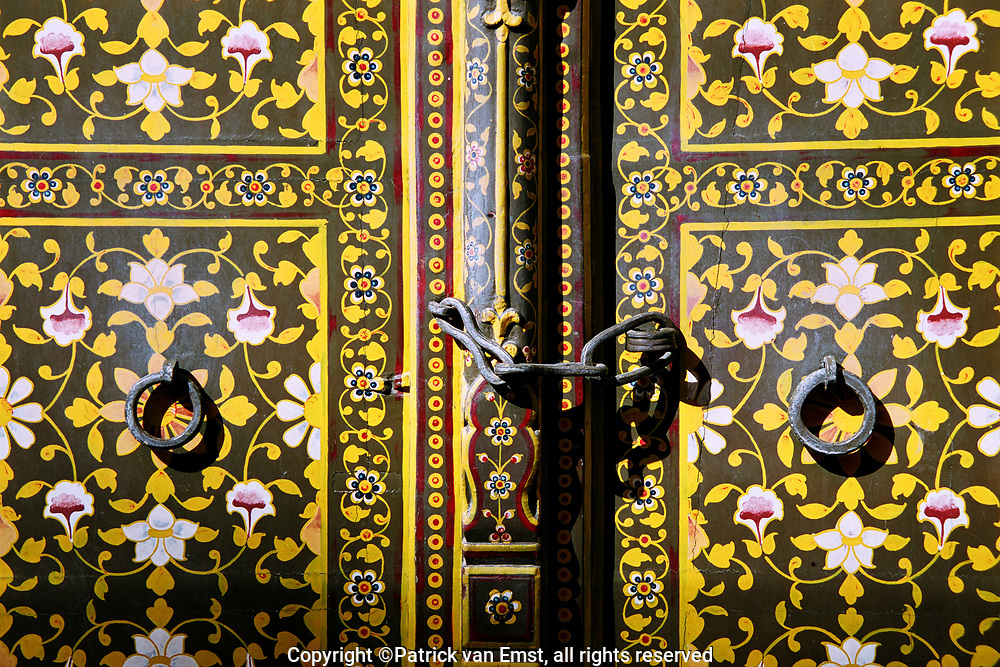