Bolivia officially known as Plurinational State of Bolivia.Bolivia is a Democratic Republic that is divided into nine departments. Its geography is varied from the peaks of the Andes in the West, to the Eastern Lowlands, situated within the Amazon Basin. The Bolivian population, estimated at 10 million

On the Photo: El Fuerte de Samaipata (Fort Samaipata), also known simply as 'El Fuerte', is an archaeological site and UNESCO World Heritage Site located in the Santa Cruz Department. It is not actually a military fortification but it is generally considered a pre-Columbian religious site, built by the Chané people, a pre-Inca culture of Arawak origin.There are also ruins of an Inca city built near the temple; the city was built during the Inca expansion to the southeast. Both Incas and Chanes suffered several raids from Guarani warriors that invaded the region from time to time. 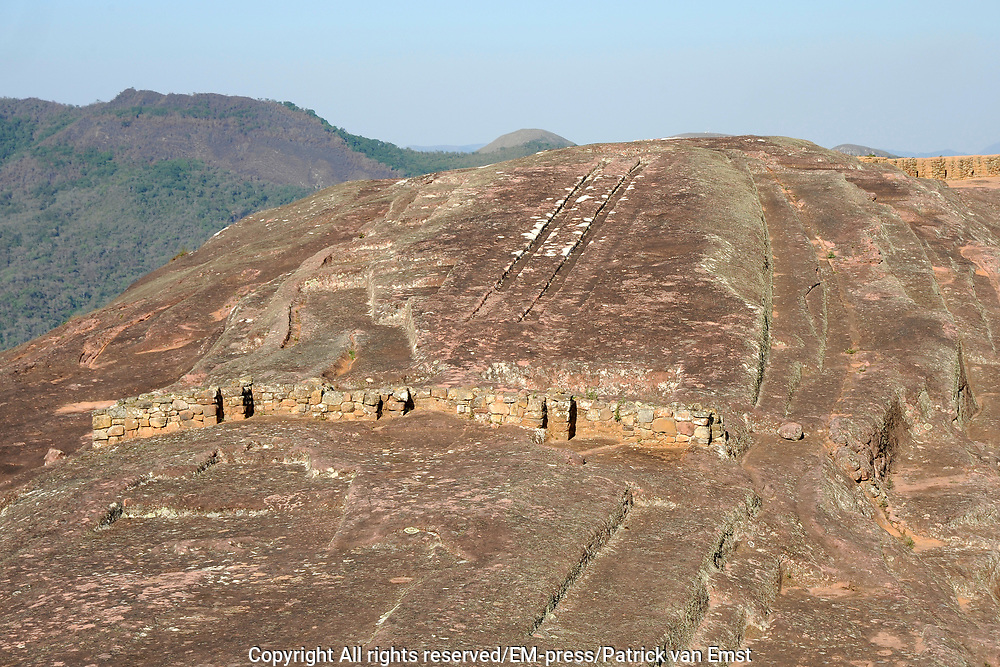